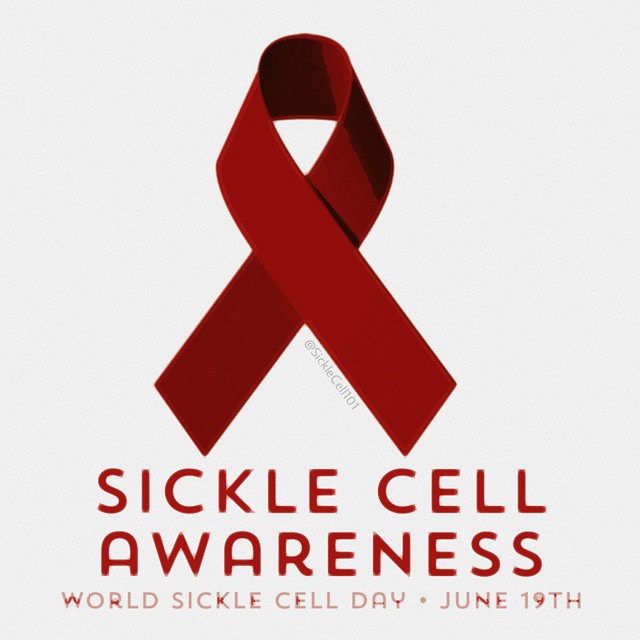 Today, June 19, is a day set aside by WHO as World Sickle Day.

World Sickle Cell Day was established by the United Nations General Assembly in 2008 in order to increase the awareness about the sickle cell disease and its cure among the common public. It was celebrated first time on 19th of June in 2009. Sickle cell disease has become a common and foremost genetic disease worldwide which is must to cure through the fast awareness campaign, curable activities, early diagnosis and management.

United Nations General Assembly (63rd session) has declared the 19th of June to be celebrated as the World Sickle Cell Day annually to cover almost all the curable criteria through the fast awareness campaign to take this genetic health condition under control all over the world. Variety of promotional activities has also been started by the World Health Organization on worldwide level to resolve this hemoglobin dysfunction issue.

According to the statistics, it has been noted that more than 1000 babies are taking birth every day having Sickle Cell Disease in the Africa and getting die up to five years of age. More than 90,000 to 100,000 people are affected of this disease in the United States. However people in other countries are also affected like India, Saudi Arabia, Turkey, Arabic peninsula, Brazil, Surinam, Guiana, Southern Italy, Greece and etc. It is a big public health issue worldwide which is must to take under control to save our healthy nation’s future.

This genetic health problem has affected people globally due to which the risk of premature child death has been increased. It needs effective control with the strategy of early detection, public awareness and effective partner shipping of the countries.

Expert- Reason Why Men Should Stop Using Tramadol for Sex…

Checkout the Surprising Benefits Of Lemon

WHAT IS SICKLE CELL DISEASE

It is an inheritable, genetic and fatal disease causing red blood cells disorders which has been classified as sickle cell anemia and may lead to death. It is the most common public health problem in the African and Asian countries of the world.

Sickle cell anemia means person suffering from anemia (less number of hemoglobin) due to the abnormal shaped red blood cells which gets stuck in their small blood vessels and cause blockage in the continuation of the blood flow in the blood vessels and whole body organs cannot get proper oxygen which leads to the common health problems like severe pain, organ damage or failure, severe infections, stroke, headache, liver problems, heart problems and so many.

Make Sure You Stay Save!!

These Are the Details of the Criminal Complaints…

Checkout the Surprising Benefits Of Lemon

Mobile Phone: Check Out How Sleeping With your Phone in Bed can Affect your Health