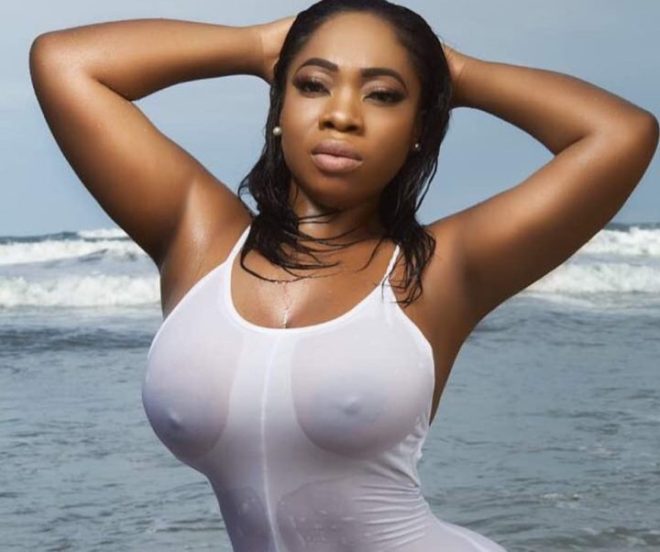 Ghanaian actress Moesha Boduong is of the opinion that sleeping with different men won’t make any woman rich.

The actress who made news after revealing on CNN that she sleeps with men for money has penned a piece of advice for women on her social media page.

According to Moesha, men are not into women who sleep around, thus, women should desist from doing such.

Mosha advised that sleeping with different men won’t make ladies rich, as men prefer women who would be just theirs.

In her words;
Sleeping with different men will never make you successful or rich. no man will spend on a hoe!! Men love women who are exclusive. Don’t believe everything you read on social media and don’t believe in rumours and gossips.

Moesha who made news after she finally confirmed to have gone under the knife, in an interview revealed she had liposuction.

“I have truly done the lipo [liposuction] but that was on my stomach and not my backside as people are saying.”

“Removing the fat from my stomach made my shape come out. But this is not fake or artificial”, 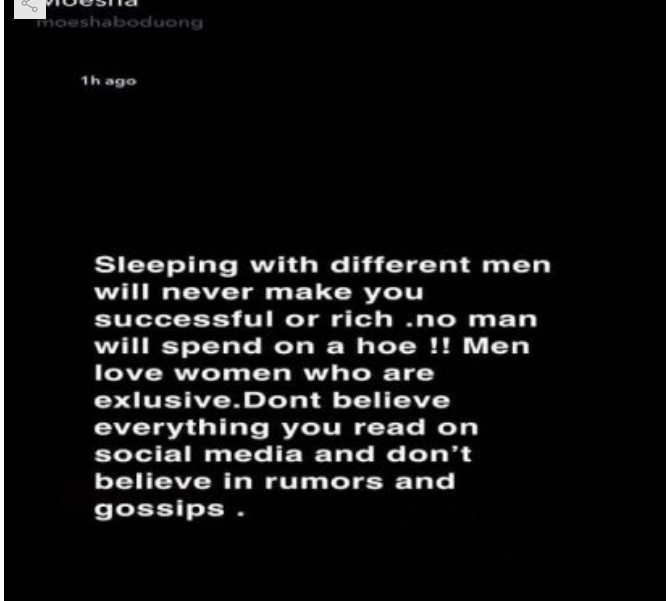 The actress who has an enormous derriere, however, slammed claims that she has had work done on her butt.

I haven’t worked on my bum but I coming to reveal something here, because Ghanaians kept saying I have done it, I was like you know what, if they say I have done it then let me go and do it”.