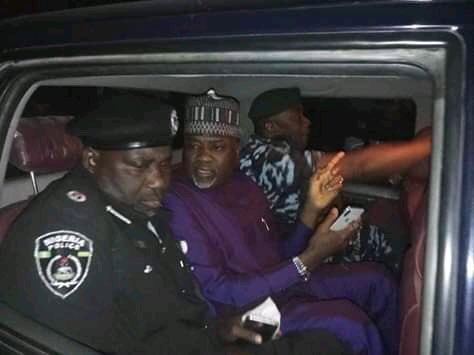 Kano Deputy Governor, Nasir  Gawuna, has been arrested at the state Independent National Electoral Commission (INEC) centre, alongside the state’s Commissioner for Local Government and Chieftaincy affairs, Sule Garo, for allegedly trying to disrupt collation of election results in the state.

According to Premium Times, the deputy governor and the commissioner were said to have stormed the collation centre around 2am to disrupt the collation process, and were duly arrested by the law enforcement officers present at the venue.

Gawuna will be released since he’s on constitutional immunity from prosecution based on his office.

Premium Times reports that while the PDP candidate Abba Yusuf has so far scored 960,004 votes, Umar Ganduje of the APC has 953,522 votes.