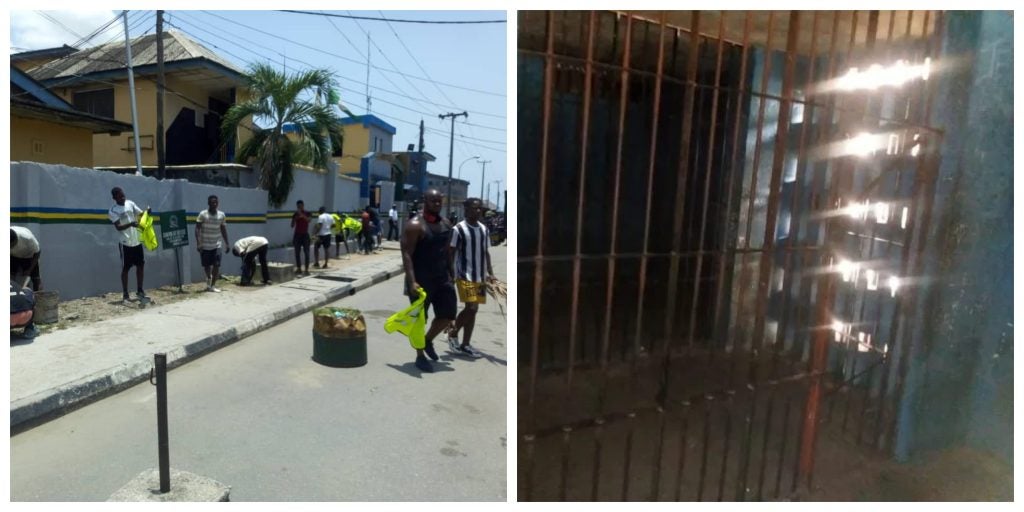 The Lagos State Police Command amidst the ongoing lockdown in the state, already has its cells at the state CID unit filled up, leaving no space for new intakes.

According to an investgation carried out by PM Express, the SCID cells have been filled to full capacity and the Police authorities seem to be in dilemma on what to do with suspects being transferred to them from various Area Commands and Divisions almost on daily basis.

It was gathered that the Commissioner of Police, Mr. Hakeem Odumosu, had earlier directed that the Police should grant bail on minor offences and serious offences like armed robbery, murder and others should be transferred to SCIID for further investigation and prosecution, PM Express reports.

The various Commands and Divisions have been doing so diligently but it has worsened the congestion of the cells at Panti for now.The ugly situation was even made worse because the various Courts in the State were shut due to the stay at home order contain the spread of Coronavirus and suspects cannot be taken to Court for prosecution and remand in prison.

It was also gathered that the Police authorities have taken short time measures to decongest the cells by transferring suspects to nearby Divisions around the SCIID, which will not take long before those cells will filled to its capacity.

Some of the residents, who knew the situation at SCIID, said that it was better for the Police Command to liaise with the Judiciary for possible arraignment of suspects and remand in prison custody to avoid another epidemic which will even affect Police officers at SCIID.