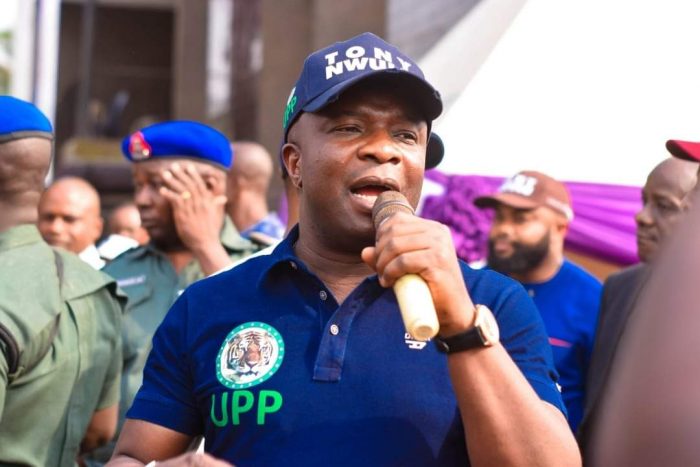 Commissionership positions will be applied for and only qualified persons will be appointed if United Progressive Party, UPP governorship candidate, Hon.Tony Nwulu is elected the next Governor of Imo State.

Nwulu made the pledge during his ongoing campaign across the 27 local governments of the State.

He said vacancies for various commissioner slots and other political positions in his government shall be advertised and published.

He said any Imolite irrespective of political party affiliation or status will be free to apply for any Commissioner position of his or her choice.

He promised that an international recruitment agency will be engaged to carry out the recruitment process assuring that only the qualified and the best certified to be fit and qualified by the agency shall be appointed.

Nwulu added that this will eliminate favouritism in the appointment of commissioners and other political appointments as it was the case in the past with previous governments.

He also said it is a unique opportunity for politicians and non politicians to serve their State.

He said this measure is aimed at engaging the best brains that will compliment his plans to reposition Imo State and place it on the path of economic prosperity.