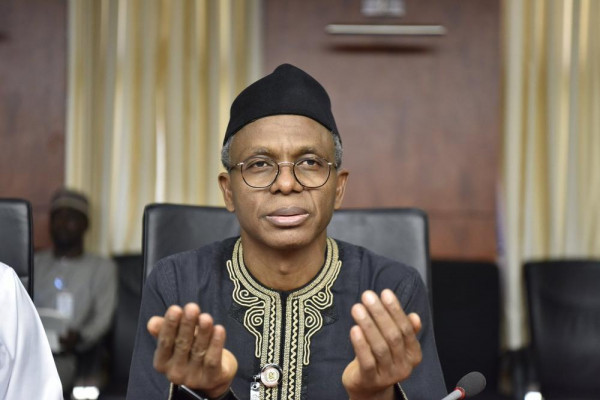 Nasir El-Rufai, the Kaduna State Governor, has said that his statement on “body bags” was made because he was standing for Nigeria’s dignity.

People Mocked Me Because Of My Skin – Beverly Naya

The governor, speaking on NTA,said that anyone who tries   to intervene in Nigeria’s forthcoming elections, will “go back in body bags.”

In a statement released by El-Rufai’s spokesperson, Samuel Aruwan, the comment was addressed. He said:

When Malam Nasir El-Rufai appeared on NTA’s Tuesday Night Live, he made comments every patriot can understand. He stood up for Nigeria’s dignity in the wake of those who would traduce their country and reduce it to the status of a colony in their vain quest for power.

The video of his comments is in circulation. Any fair-minded person with modest familiarity with the English language and unimpaired comprehension can understand it. It does not contain any call for violence. What it is a powerful defence of sovereignty. Are some sections of our political class implying that they will acquiesce in or collaborate with foreign intervention in our country?

Affirming that a country will defend itself against needless intervention is the kind of statement you expect to hear from a patriot. It is not a call for violence. Warning about the consequences of meddling in another country’s affairs is legitimate.

Malam Nasir El-Rufai has issued a powerful call for vigilance and a clear notice that other countries should not mistake the supine posture of the opposition for national weakness.

El-Rufai has stood firmly against those who have been trying to divide Nigerians on ethnic and religious lines. He is resolutely opposed to violence, and firmly committed to peace and harmony.

People Mocked Me Because Of My Skin – Beverly Naya

VIDEO: How Soldiers Opened Fire On SARS Operatives Who…

Landlord Escapes Death As Truck Rammed Into Room While…

King Patrick Speaks – Talks About How Davido Tried to Poison…

Niggas In Dubai Are Living Better Than Your Favorite Rappers…

Landlord Escapes Death As Truck Rammed Into Room While…

Niggas In Dubai Are Living Better Than Your Favorite Rappers…