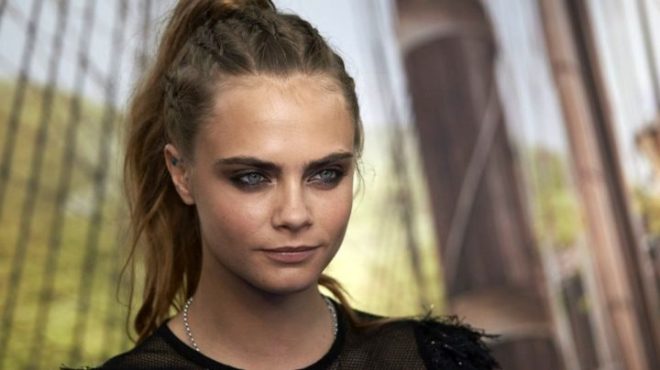 Supermodel and actress, Cara Delevingne, in a new interview has opened up on dating both men and women.

The 26-year-old model, who is the girlfriend of Pretty Little Liars actress Ashley Benson, 29, talked about her sexuality, orgasms and more in RuPaul podcast What’s The Tee? this week

On her bedroom game, Cara said: ‘I’m very good at giving love and not at receiving it. I’m the same in bed.

‘I find it quite difficult to receive pleasure and love and things like that, so I love to give.’

Cara talked about the best ‘gift’ she could give to a lover would be an orgasm saying; ‘I used to go to clubs but I’d rather have sex than go out now.’

‘Part of sex — that ­connection — is feral. You meet someone but when you go in the bedroom, it’s another animal.

‘To me, that is so interesting. There are certain people who are super-sexy and they flirt with you, then you have sex with them and they are terrible.

She continued;’I can allow pleasure but it’s hard to find that person. I have found them before, for sure.

‘That whole courting process of power is very interesting. And it’s a difference with men and women.

‘I’m always very submissive with men. Always. But with women, I’m the opposite. So it’s weird.’

On her sexuality and understanding it, she said;
‘Films and fantasy and books were so incredible to me and I learned so many lessons from that.

‘That was why I never wanted to accept my sexuality. Disney princesses all love men and that’s the way it is. And I’m not going to be a princess if I don’t like men.’

Rapper, Yo Gotti Spends $1.3m on Cars and Richard…

Rapper, Yo Gotti Spends $1.3m on Cars and Richard Mille…

Tacha Busted for Showing Off ‘fake’ Designer Shoes on…