‘Court Will Give Us Victory’ – Secondus 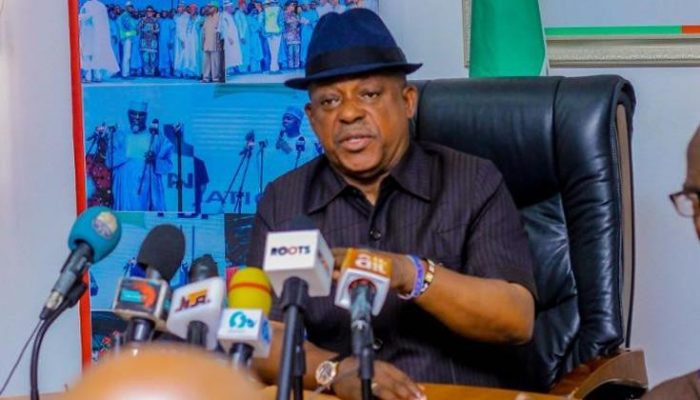 The National Chairman of the Peoples Democratic Party (PDP), Mr Uche Secondus, has expressed confidence that the court would overturn the victory of President Muhsmmadu Buhari.

He, therefore, warned that nobody would stop the party from contesting the outcome of the Feb. 23 Presidential Election in the court.

Secondus told journalists on Friday in Abuja that the party believed that justice would be done at the court.“We will go to court. Nobody will stop us from going to court and bring out all of the facts both the international observers and some people have not seen.

“We will unearth them at the court and I believe that justice will be done at the court.“Because, if we continue to suppress injustice and go sentimental, the country will continue to pile on gun powder that will explode one day.

“So much injustice has been done in this country and if we allow it and it continues to pile, nobody knows what will happen.“So, that’s why we decided as good citizens and law-abiding and people who believe in rule of law that we will go,” Secondus said.

Speaking on the recent meeting the party and its presidential candidate, Atiku Abubakar, had with the National Peace Committee, Secondus said there was no condiction given to the party, as they were only invited to state their grievances.

“There was no condition. Initially, we were not to talk with them because a decision had been taken to go to court, but because of the personalities involved, we said ok, let’s just talk.