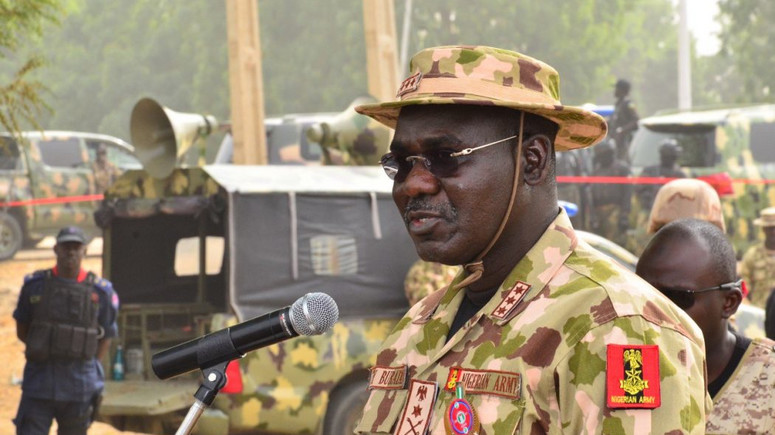 The Nigerian Army has raised an alarm over a plot by some politicians to deploy fake soldiers to disrupt the 2019 general elections.

According to a statement signed by the Deputy Director of Army Public Relations, Colonel Aminu Iliyasu, on Tuesday, February 19, 2019, credible intelligence available to Headquarters 6 Division of the Army has uncovered an unholy plan by some political actors to cause trouble in its area of responsibility in the Niger Delta area.

He said these political actors are planning to arm and sponsor miscreants in addition to using military-like fatigue dress for deception to cause pandemonium at polling stations for political gains.

“food Is Cheaper This Season Than Same Time Last…

The Army vowed to deal with anyone found to be involved in the plot to disrupt the electoral process.

“While covert efforts are on-going to track the source of the weapons and the agents involved in conjunction with sister security agencies, authorities of 6 Division NA wish to unequivocally state that anyone found to be disrupting the electoral process under any guise will be decisively dealt with in accordance with the laws no matter how highly placed he or she is,” Col. Iliyasu said.

In the statement, the General Officer Commanding (GOC) 6 Division and Land Component Commander (LCC) OPDS Maj Gen Jamil Sarham reassured the people of the Niger Delta about providing adequate security in conjunction with other security agencies before, during and after the 2019 elections.

The elections were initially scheduled to commence on February 16, but were postponed by the Independent National Electoral Commission (INEC) due to logistical problems and claims of sabotage.