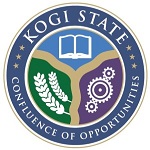 Six people, including a mother, three of her children and two of their neighbours, on Tuesday lost their lives in Ogaminana area of Okene in Kogi after eating a meal made from cassava flour.

The Public Relations Officer of the Adavi Local Government, Mr. Abdulhamid Salahudeen told newsmen on phone that three of the victims died on Tuesday at the Okene General Hospital while the woman and two of her children had earlier died on Monday in their house.

He said that the woman died along side three of her children, two sons and a daughter

He added that two male children of her neighbour that partook in the meal also died .

He put the ages of the dead five children at between 9 and 15 years.

10 facts you did not know about doggie-style se-x

Aww!!! Kanye and I were meant to be together–>Kim…

Salaudeen said that the mother had in the evening of Sunday, October 30 brought the cassava flour (white Amala) from her farmland at Ohuepe village.

He said that the woman prepared a dinner from the cassava flour for the family and extended the food to her neighbour.

The officer said the victims later went to bed but developed severe stomach pain over the night which later resulted in the death of the woman and two of her children.

He said that neighbours who sensed that the sudden deaths might be due to the cassava flour dinner quickly rushed the remaining three children that partook in the eating to Okene General Hospital where they died on Tuesday.

Salaudeen said that the authority of the local government believed that the cassava flour was poisoned and had informed the police for appropriate action.

A senior nursing officer at the Okene General Hospital, who spoke on condition of anonymity, confirmed the death of the three victims at the hospital on Tuesday .

The nurse said that the victims were brought in late Monday afternoon.

“If I Don’t Find Husband, I’ll Have My Children…

10 facts you did not know about doggie-style se-x

Aww!!! Kanye and I were meant to be together–>Kim Kardashian

7 ways to achieve long lasting love in your relationship