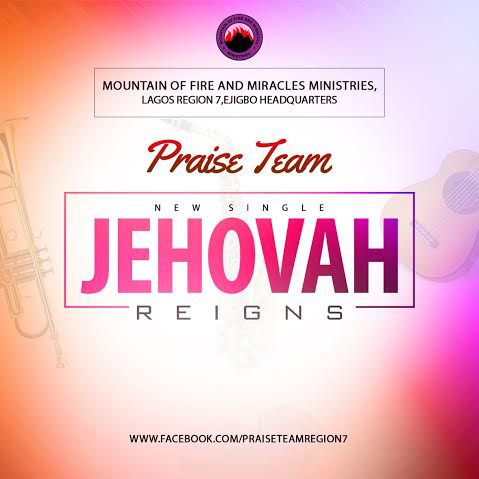 “The PRAISE-TEAM of MFM LAGOS REGION 7 EJIGBO HEADQUARTERS premieres “JEHOVAH REIGNS”. This is the first single off the forthcoming album with the same titled, scheduled for release later in the year.

JEHOVAH REIGNS is a worship song that will stir up your faith and spirit in adoration and worship to God. The album is the team’s 2nd following the release of their 1st album titled “Restoration Praise” in 2010.

The Praise Team comprises of young, vibrant and passionate worship and praise leaders, under the mentorship and supervision of the exceptional international recording artiste, worshiper and songwriter – Femi King, the team leader.

Femi King is a force to be reckoned with in the Gospel music scene with hit singles like ‘Praise We Bring’ and ‘No Wahala’ which recently earned him nominations in 4 categories at Radio Alliance Awards in the United States.

One of the amazing talents on this team is 13 year old Joy Okougbo, female voice in the song “Jehovah Reigns”, who was discovered at age 7. JEHOVAH REIGNS was written and composed by Femi King and produced by ABG.”