Funmi Aragbaye- Gospel Music Will Be As Great As Before 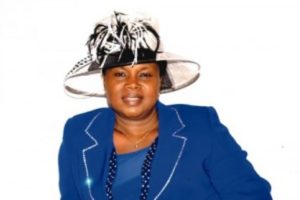 Veteran gospel musician, Funmi Aragbaye, recently emerged as the President of Gospel Musician Association of Nigeria. She tells Saturday Beats some of her plans for the association

What influenced your decision to vie for the position of President of the Gospel Musician Association of Nigeria?

I am part of GOMAN because of my position in the music industry. We started the association together. The request for me to head the association has been on since 1990 when I released my album, Divine Call. People had been agitating that I should lead GOMAN but I always told them that my hands were full because I was very busy. One of my problems is that I am a perfectionist. As a perfectionist, if you want to go into a thing like that, you need people who will operate from the same level with you. Because of my numerous appointments and bookings, I declined. The urge had been on for over two decades but this time around, people said that I must contest. Some of the states led delegations to my place to request that I contest. They said that any time I organised a programme, people bombarded the programme. They said that I was well connected in the society and I should use my connections to make the association better. That was why I contested.

As you have emerged president of the association, what do you have in stock for GOMAN?

There are two categories of people in GOMAN; the known and unknown artistes. I have always advised that we have regular meetings so that the unknown artistes would get to meet the known ones. We could also use the medium to raise money. If an association does not have a penny in its account, there is no way you can perform or engage on productive projects. My first assignment is to put together all known gospel artistes to help those that have yet to come up. I would also help raise funds for artistes that have good materials. There are a lot of artistes that have good materials but they don’t have money to go to the studio. We also plan on building a national secretariat with the help of God. I have told them that everybody is going to work and it is not going to be about Funmi Aragbaye alone. I also intend to bring in other tribes that have yet to join.

NEW MUSIC: Wale Adenuga – ‘I Depend On You’

Most gospel singers complain that they don’t get enough airplay and this is why gospel music is not popular. How do you intend to tackle this problem?

It has been a long time problem and if there is any improvement seen so far, it is because of my regular protest. There was a time they posted something at BCOS Ibadan that gospel songs would only be played on Sunday and I always protested that my music cuts across religious barrier. I sang ‘God Save Nigeria’, ‘Bawa Tun Aiye Wase’, etc. Those are not gospel songs. Virtually all my songs talk about the ills of this society. When I was about starting my ministry, God gave me a vision and I saw all that is happening today. A song on my first album addressed all we are facing now. When I saw the vision, there was famine in this land and people were no longer eating what they wanted but what they could afford.   Everybody should be given equal treatment on air. We would take the campaign to the Broadcasting Organisation of Nigeria in Abuja and there is bound to be a change. Gospel music will be great again.

How would you joggle between your music career and being the president of GOMAN?

As you emerged winner during the election some people think it was based on your popularity and not merit, what do you have to say to that?

Whoever says that is obviously not a serious person because I have come a long way and I have been in this industry for long and I have never been ambitious to lead any association because it is not a part of me. No man born of a woman can say such. I have been singing gospel music for over 30 years and I have helped a lot of musicians rise. No right thinking person would ever say that because I am more than qualified to lead this association. Even if they say it is because of my popularity, don’t they need the popularity? How easy is it to make it in this country without any connection? We are talking about an association that does not have a penny, no secretariat, no office; we need all the connection in this world.

‘I Wanted To Kill Myself Twice’ – Tiwa Savage…

NEW MUSIC: Wale Adenuga – ‘I Depend On You’

Bobrisky Becomes The First Man And Woman To Own The Latest…