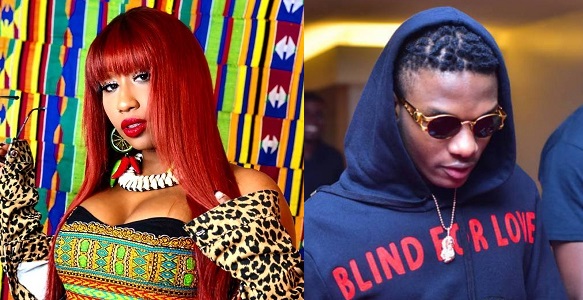 M.I. Abaga and Vector are both having at it.. dropping diss tracks here and there, and fans of both artistes are all here for it!

Victoria Kimani, a Kenyan singer who was formerly signed to Chocolate City label, took a swipe at the Jos rapper.

Following this swipe, Folks on Social Media pounced on Kimani for such betrayal.. But she seems as though she isn’t moved by them!

But there was a unique call out yesterday… Kimani was accused of sleeping with Wizkid when he was still dating Tania Omotayo.

The accuser who apparently, ‘had receipts’ revealed that Tanya caught Kimani in bed in Wizkid and she almost beat her up.

The accuser identified as Pearl wrote; “Victoria you are a real disgrace to womanhood and Chocolate City team that has had your back for years even with all your bad misbehaviors. I will expose you for the person you really are since you decided to involve yourself in what doesn’t concern you.

“This same CC team including Ice and MI were the ones begging for you when you were always going to sleep with Wiz even if you knew he was dating Tania and she caught you and almost beat you up that you had to jump window.”

“Now you come out with your disloyal self to chat sh** of this same people. Please I beg you try and deny it cos I have receipts and more of the type of person you are. The biggest snake of all. Just sit this one out!”

Kimani immediately responded.. Though she didn’t ‘deny’ the accusations.. Her reply may just meann the accuser was right.

Kimani wrote; “Lmao. Aww this was Cute. 1. You must be one of M’s side chicks that he had working for free at the same office his girl was slaving at. 2. I can sleep with who I want, when I want ..how I want. in any position I want ..so what’s next. 3. Love ya sis” 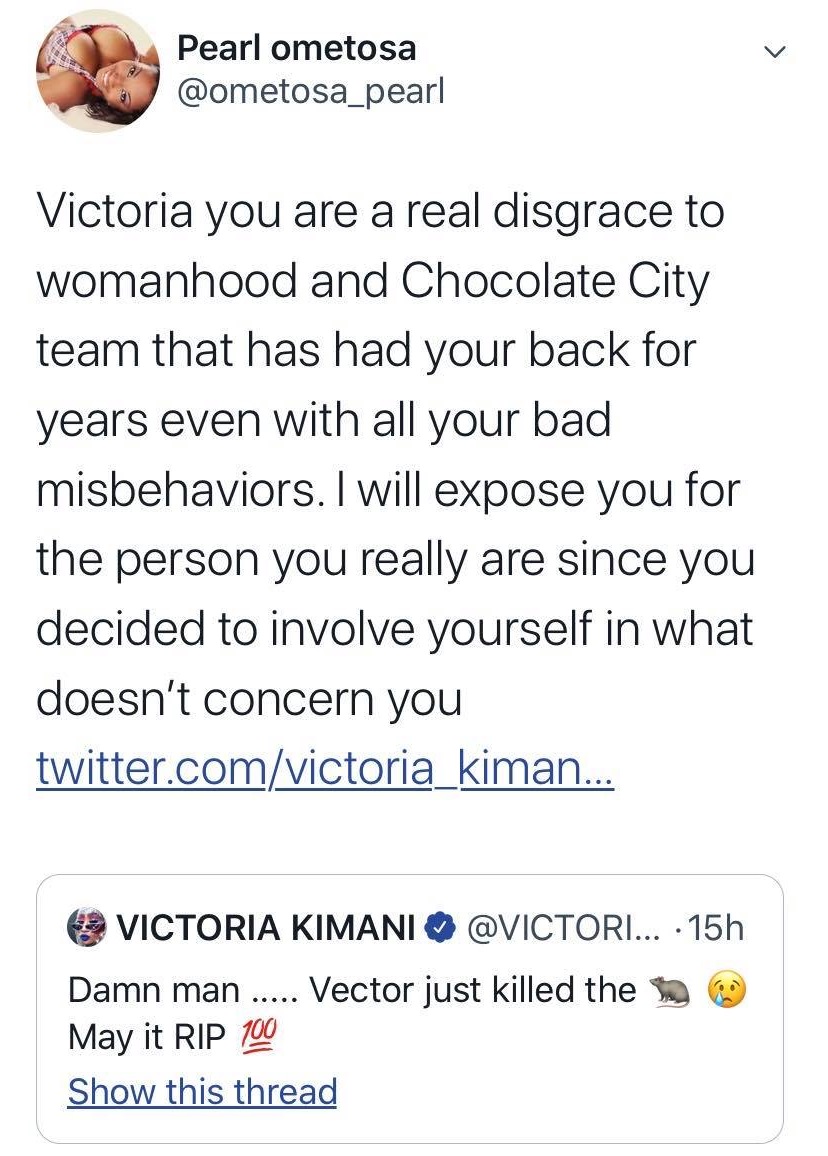 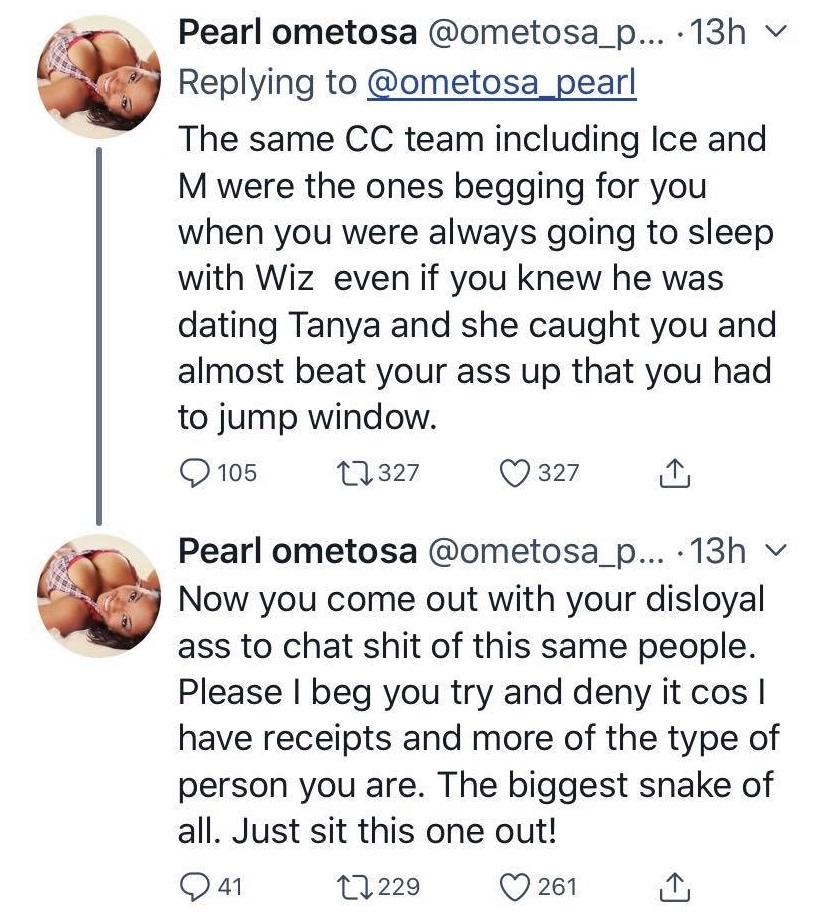 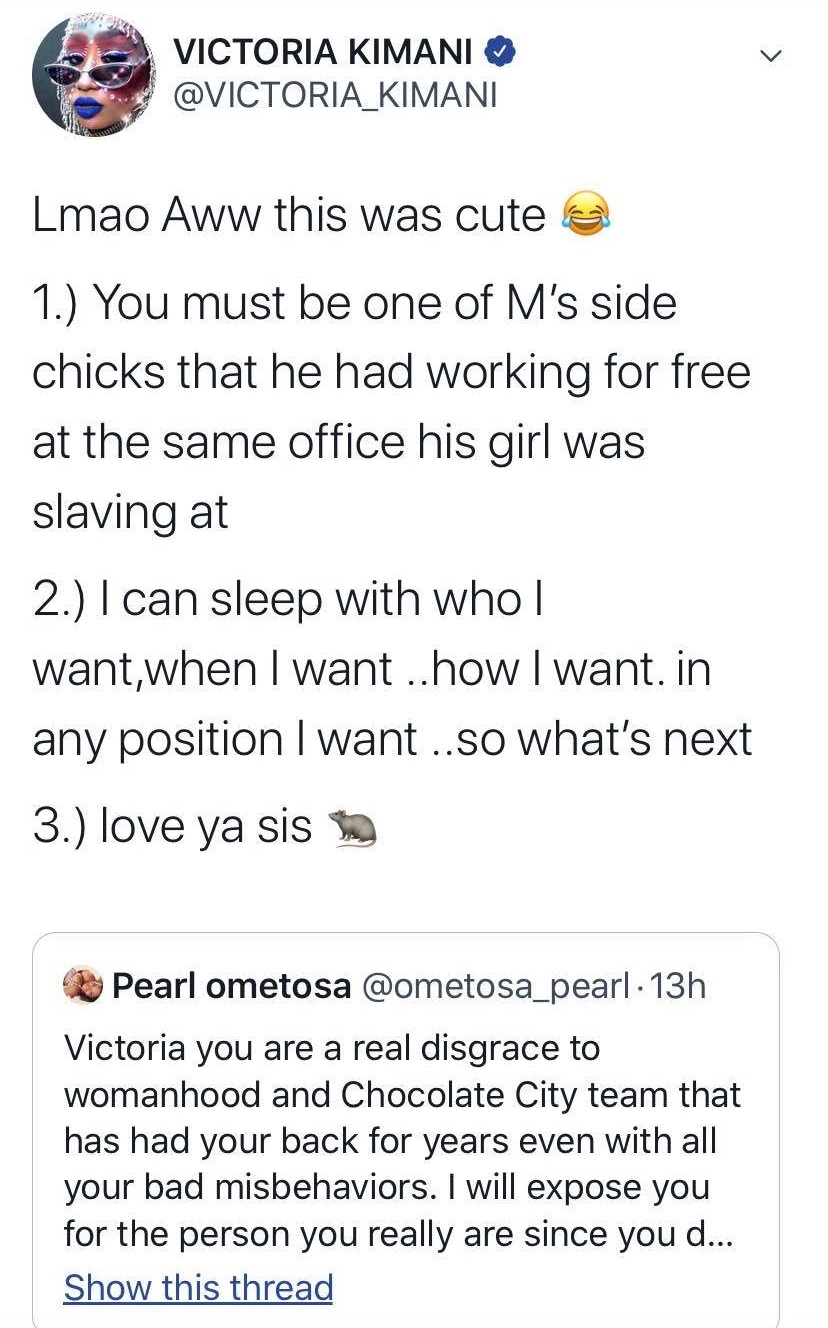