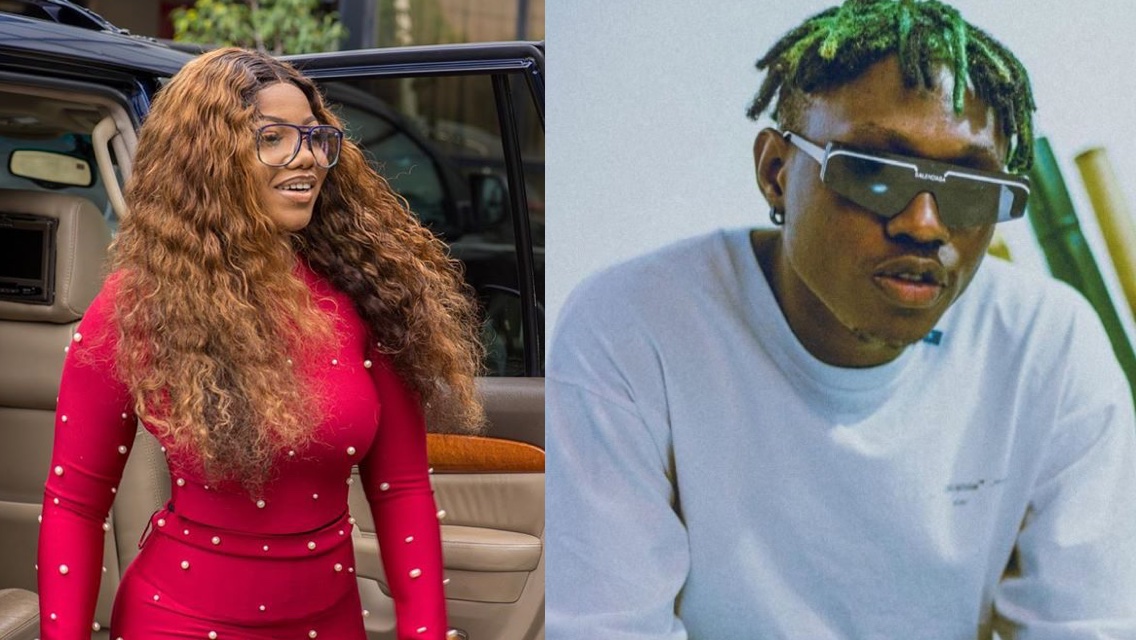 When Tacha was in the house.. She trended for various reasons… and one which saw her trend the most was her fight with the winner of the reality tv show, Mercy Eke.

During the fight, Mercy tagged Tacha as someone who has body odour.

Immediately after this revelation, the whole Social media caught fire with reactions here and there.

Many folks on social media enjoined the singer not to release the ‘diss track’, and it seems as though he may not.

During an interview with Dotun on coolFM, Tacha was asked her opinion towards the diss track which many people flogged the singer as being childish and causing strong animosity.

But surprisingly, Tacha claimed not to see anything “bad” about it. She added that she is also big fan of Zlatan Ibile’s songs. So therefore she thinks it a normal thing.

“I didn’t see it as anything, I like #Zlatan and I love his music, it’s all love”, she said.

My Cousin Raped Me During Our Grandma’s Burial in…

Protesters Defy Heavy Rain In Lagos, March In Solidarity With Blacks Against White…