Slay Queen Fights Dirty With Her Dad as He Penalises Her for Spending the Night Out Without Permission. 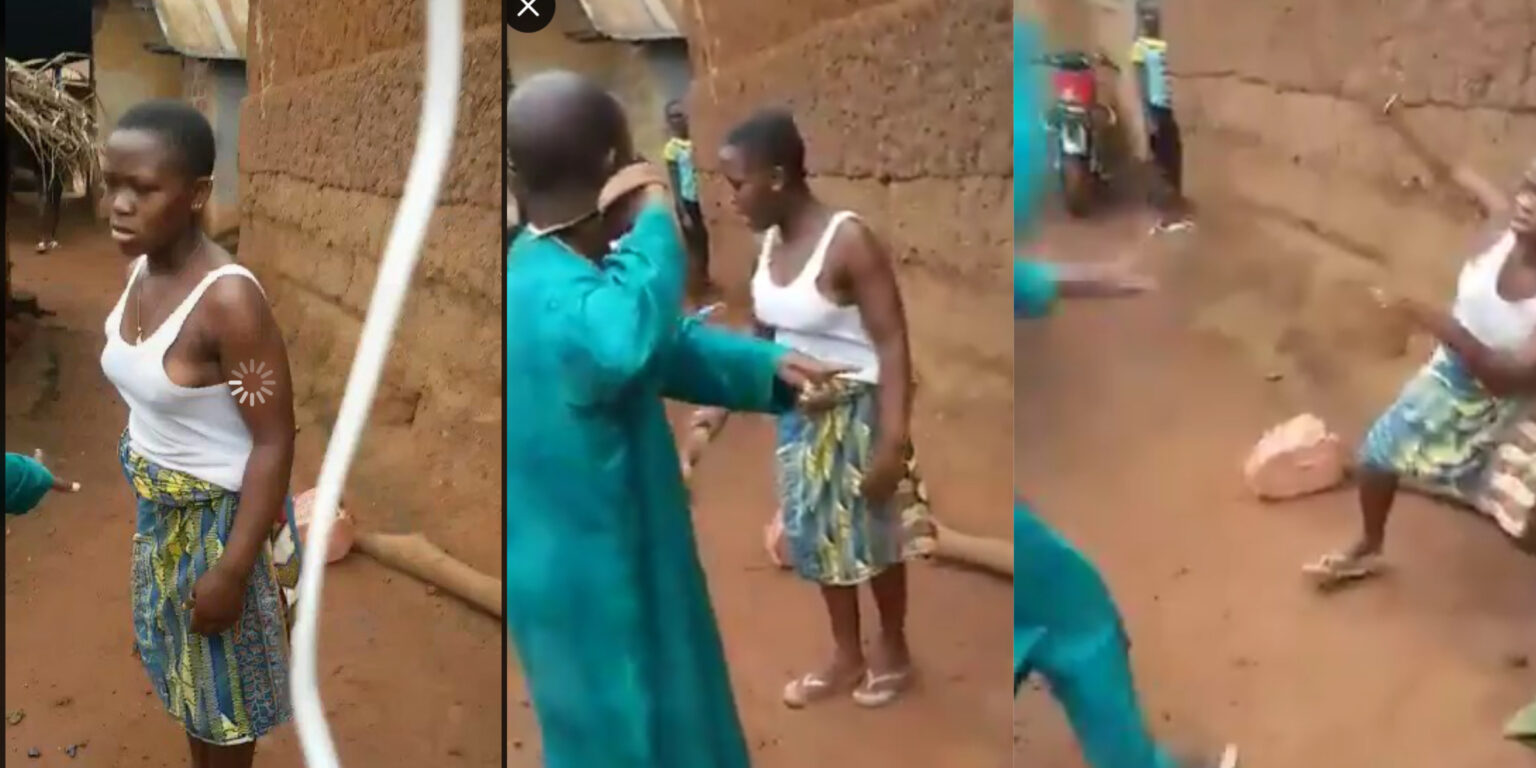 In a hilarious social media drama, A Ghanaian father and his daughter got into a bit of squabble as he tries to reprimand her for staying out the night without permission. In a video making rounds on social media, a man could be seen chastising his daughter for not sleeping at home.

The father held a belt while the daughter beefed up her security with a chunk of wood in her hands. One would think she was calling the bluff of her dad till she hit him with the wood right after he plunged at her to give her some whooping. Social media users are of the opinion that the father must be irresponsible as none of the neighbors reprimanded the little girl when they barely separated them.

Watch the video below: