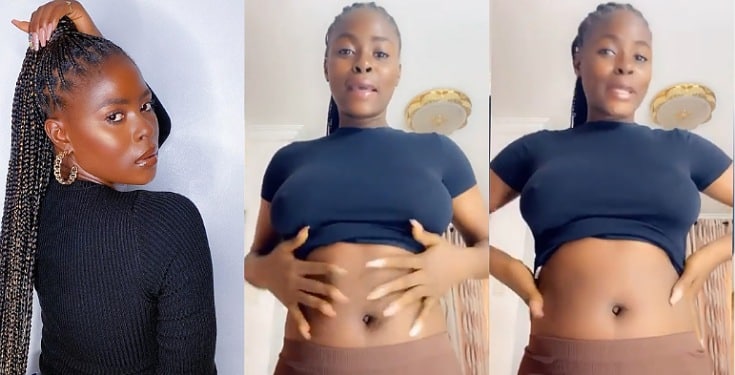 Controversial Big Brother Naija ex-housemate, Abiri Oluwabusayomi popularly known as Khloe has debunked rumors of her being pregnant out of wedlock.

According to the Yoruba born fashion entrepreneur, she is NOT pregnant and she had warned her fans to stop spreading false reports that she is carrying a child.

Stressing further, the reality star noted that rumors about her being pregnant will only end up blocking prospective suitors from reaching her.