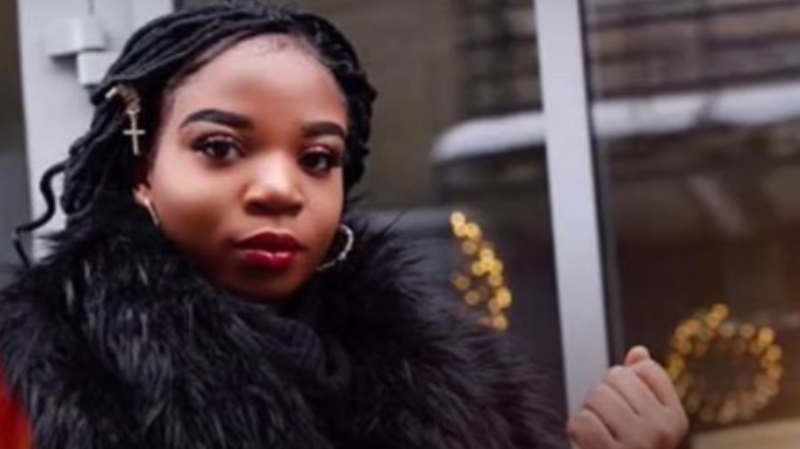 Following the demise of a 6th-year Nigerian medical student who committed suicide over school’s frustration, Nigerian students in Ternopil State Medical University in Ukraine have planned a protest.

The deceased identified as Badmus Ololade Rafiat reportedly took her life after she was expelled from her school for failing to pass the mock exam ahead of the final MBBS.

According to reports, she made attempts to transfer to another school to take the MBBS as other students do, but the school allegedly kept frustrating her and refused to provide the transcript needed for the process.

It was learnt that the school allegedly gave her the only option of returning to Nigeria to reapply for a student’s visa to start all over again. 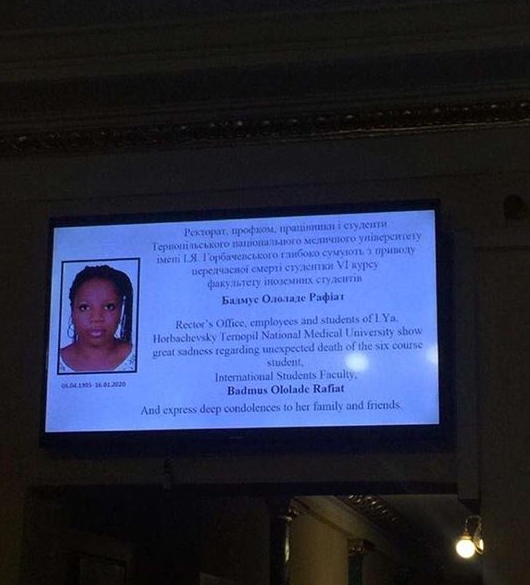 Rafiat reportedly wrote a suicide note and took her life on Thursday, January 16th after her pleas yielded no result and her dean refused to reconsider her case.

Following her death, the school mourned her and put up a notice on a wall in the school with her photo. They expressed their condolences to her friends and family. The school added that she killed herself because she was depressed and suicidal.

According to Ololade’s friends, they disclosed that Ololade wasn’t suicidal or depressed as the school claim. They said she was only frustrated at having to start all over again after studying up to her 6th year in medical school.

Friends of Pemisire blame the school authorities and they have planned a meeting to protest the alleged unfair treatment that caused her to take her life.

“Lets meet in Centre @ 12pm,” a notice sent out by Nigerian students in the school reads.