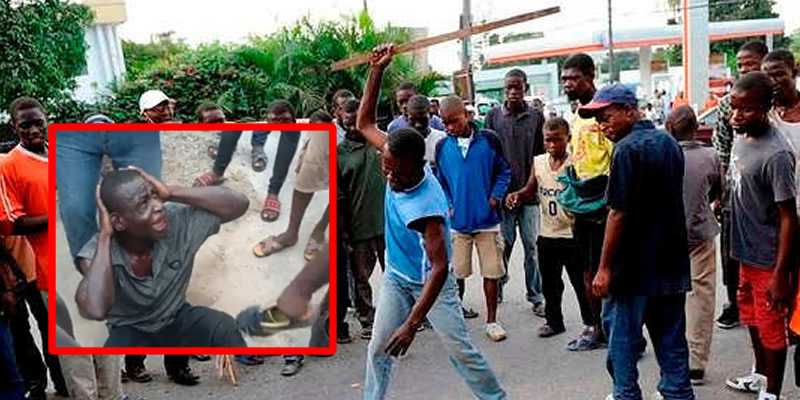 Thief Almost Lynched To Death By Mob For Stealing Maggi And Salt in Yenagoa, Bayelsa State.

A thief would probably be thanking his stars after escaping death at the hands of an angry mob over alleged theft of foodstuff in Bayelsa state.

The suspect allegedly stole oil, maggi and salt and was almost beaten to death by a baying crowd at Tombia roundabout in Yenagoa, the state capital.

In an incident which was captured on camera, the suspect can be seen receiving mass beating from the mob who descended on him mercilessly and left him bloodied.

A man rushed to get a huge stone/weapon which he planned to use on the suspected thief but was restrained by others as the man begged not to be killed. 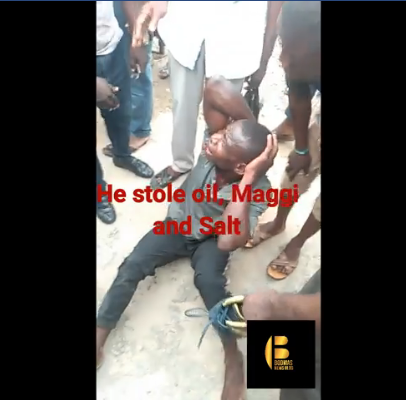 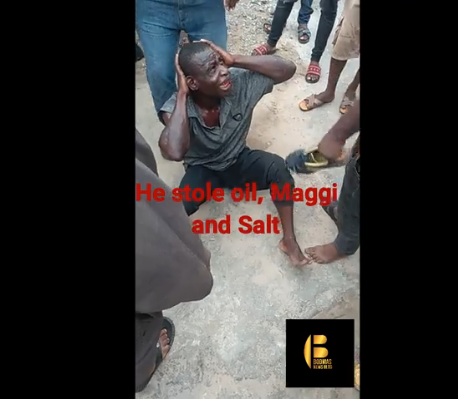