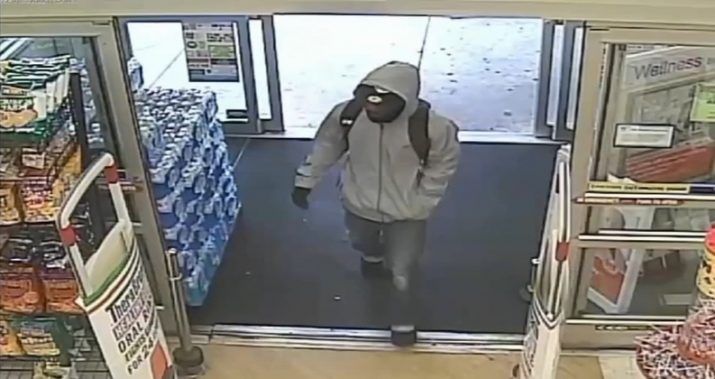 An American man who needed money to pay for his sick child has allegedly robbed a pharmacy in Philadelphia  In a report obtained from CNN, an unidentified man robbed a Rite Aid store in Philadelphia on January 3. Police released video of the incident, which shows the suspect wearing a grey hoodie and dark gloves as he takes an item to the register.

According to a police statement, the man handed a note to the employee that read in part, “Give me all the money. I’m sorry, I have a sick child. You have 15 seconds.”

The video shows the clerk opening the cash register and putting money into the same plastic bag for the item the suspect purchased. The suspect never showed a weapon to the clerk during the incident. He is described as a black man between 30 and 40 years old, under 6 feet tall, with facial hair.

“We certainly understand that people have needs. That’s just not the way to go about fulfilling those needs,” Philadelphia Police Capt. Sekou Kinebrew told 3 CBS Philly.

“There may be some specialized services for this individual and his family that he could be in need of, too. Unfortunately, the only way at this point he may be able to get them, is if he comes in and sees us,” Kinebrew added.