A young Nigerian lady would probably be regretting the moment she decided to take hard drugs in order to get high during sex.

According to Facebook user Ayomide, the incident happened recently in Lagos after the yet-to-be identified lady decided to take drugs (which he didn’t specify) before having sex. 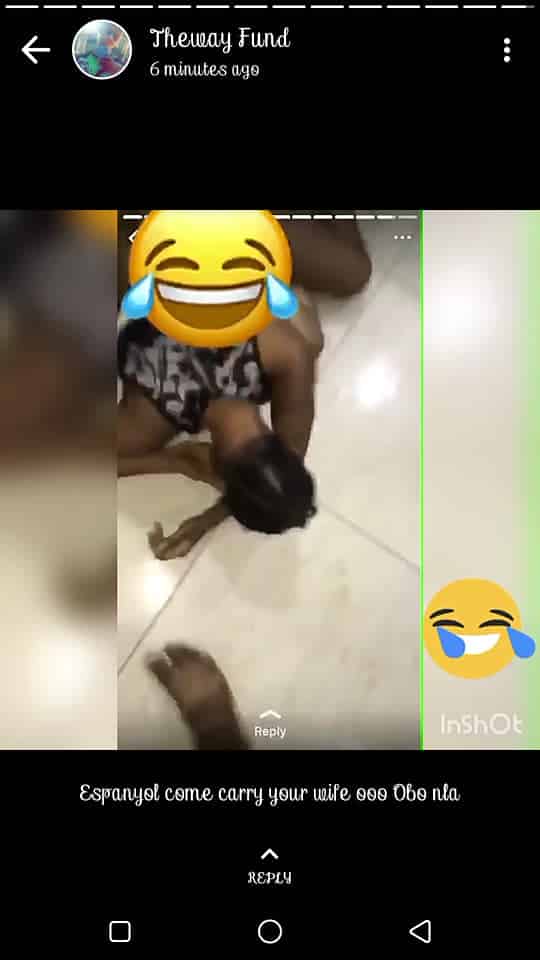 It was gathered that the lady slumped moments after the romp, before she was resuscitated after being poured buckets of water.

Meanwhile, internet users have berated the young lady for trying to take hard drugs despite her “light brain”. The man who also recorded the incident, was also bashed online for the embarrassing act.