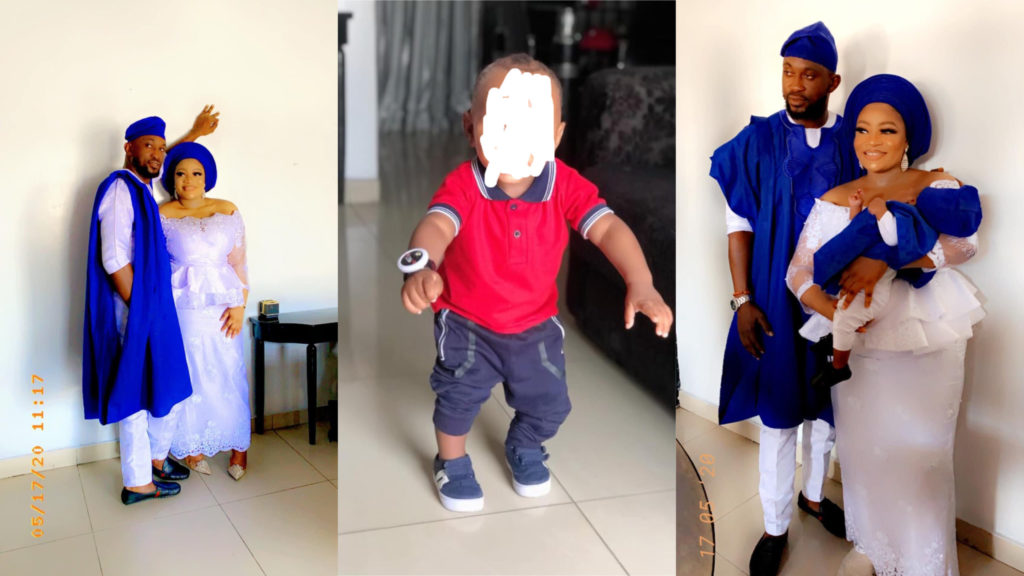 A Nigerian woman has taken to social media to allege that her husband has been molesting their 9months, 2weeks old son.

The woman identified as Onyinye Onome on Facebook took to the platform to reveal her suspicions of her husband, Inalu Victor  being gay a year after their traditional marriage. She later found out that her son was used to grabbing his father’s genitalia and that got her guards up till she discovered her son was stooling blood. 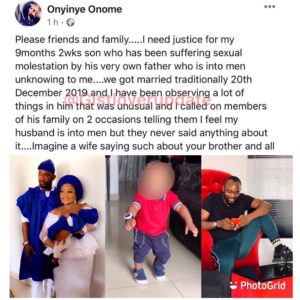 Upon her discovery, she visited a general hospital where the medical doctors allegedly saw a tear in the boy’s anus and referred her to a human rights lawyer.

Onyinye also claims that her husband has sent gunmen after her since she outed him on social media.

“Please don’t ignore this at all take it seriously my life is in danger by my husband Inalu Victor chukwutem and he has vowed to kill me…..I don’t go to my shop anymore,I can’t walk freely because gun men after me just because I spoke out….Call him if anything happens to me