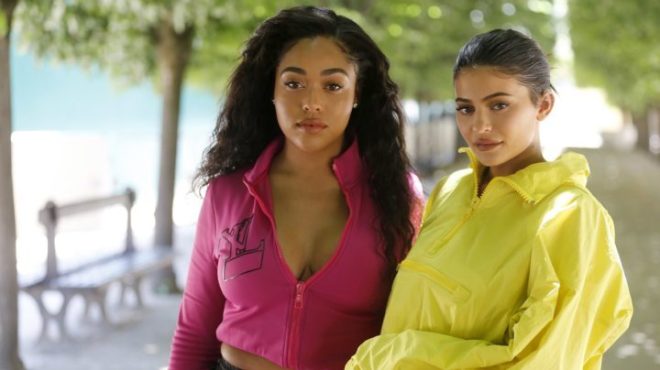 Following their breakup about a month ago Bff’s Kylie Jenner and Jordyn Woods have reportedly been seen in public together for the first time.

E! news reports that Jenner and her daughter Stormi were spotted eating breakfast with Woods in a Calabasas restaurant on Friday morning.

“It seemed very casual and they both were having a discussion together while eating,” an eyewitness told E! News.

The friends have been estranged since news broke that Woods kissed Tristan Thompson, who is Khloe Kardashian’s babydaddy, during a Valentine’s day party.

A source who spoke to People said the split has affected Kylie so much.

“Their friendship is not 100-percent over,” the source told People on Friday. The source added: “Although she doesn’t live at Kylie’s, Jordyn still has things there. She and Kylie aren’t socializing but are in contact. They are texting each other.”

Woods resurfaced on social media on Friday sharing beautiful sun-kissed images of herself with the caption; “If you’re reading this.. it means God has given you another day to wake up and be grateful & better than you were yesterday.”