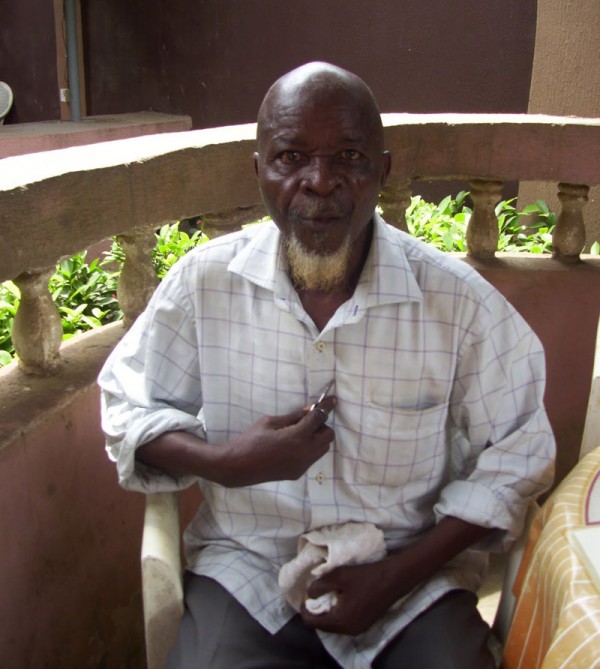 The iconic actor turns 94 today and is been celebrated on social media by his fans.

The actor spoke a bit about his career in an old interview.

Sir, it has been a long while you featured in movies?

Yes, you know the body is not as strong as it used to be. So, I am not stressing myself as I used to do before. If not of the love I have for acting, you would not see me here. The producer is a daughter, so I have to honour her call. I wonder how you pressmen know I would be here.

Just doing our job, so sir, what has been happening to you?

Well like I told you, have been taking things easy now. Not doing much, just cameo appearances. At 80+ you just must take it easy.

Can you take us down the memory lane, what was it to what it is now?

Well I have mixed feelings about that. You know with nostalgia thought comes perfection, so I am sure you will be expecting me to say it was better in those days. Yes I can say it was better because then, we had people who were into theater not for the commercial value as the first on their priority list, but because of the love they had for acting. This is not so now as people want to come in and make money first before anything. But even at that, I can still say the industry is better now as one can now be theater practitioners alone without supporting it with anything and still be successful in life.

Let’s talk about your career; what do you think you should be known for in Nigerian movie industry?

I can say it with all of my mouth in this industry in Nigeria, I am the first stuntman! You see; in those days, there was nothing like stunt in Nigerian movies. The camera is either manipulated to bring about effect, or it is done at the editing level. We were on set on one movie by the first Nigerian indigenous movie director, Ola Balogun, and in the script I was to jump from a very high building, I vehemently refused, left that place without doing what the script says I should do. The director agreed and I did it. I then decided after that to be available to any stunt a script dictates to me. So, my son I am the first Nigerian stuntman.

That brings me to the very important question, I know you don’t like to talk about it but because you called me your son, you must honour me by answering it, are you Wasiu Alabi Pasuma’s father?

I have stopped answering that question a long time ago but I will indulge you. See I am not Alabi Pasuma’s father. I dated his mother when she was with Baba Sala. Then she used to bring Alabi to locations, he was a toddler then. So if I was dating the mom, then I think I am qualified to say I am a father to him.