“I deserved to be on the forbes’ list’ – 2face Idibia 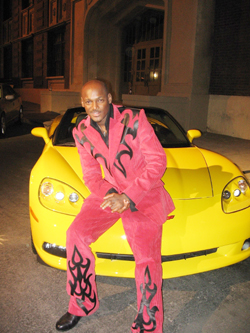 2face Idibia was the special guest on Channels TV’s ’Rubbing Minds’ show on Sunday and there he talked about his marriage to Annie, on how huge his wedding was and why he ‘didn’t’ invite Blackface to his Dubai wedding, his peace initiative and his Forbe’s Top 10 African artistes placement.

On being added to the recently released Channel O/Forbes list of Africa’s most bankable artistes, 2face stated that he deserved to be on the list because he worked hard for his money.

He said “on the Forbes list, nobody asked me for any information, I don’t know their criteria. I work really hard for my money and I won’t apologise for that”

On what being married feels like, he said “I have known my wife for a long time so it is basically the same”

You will recall that Black face had said he wasn’t seen at 2face and Annie’s Dubai wedding because he wasn’t invited but 2face claimed otherwise “I actually invited Blackface for my wedding.” he said

Speaking on his peace initiative, 2face Idibia said “people that initiate conflict aren’t the ones that fight the battles. I am always about one love. Let’s use good to fight bad.”