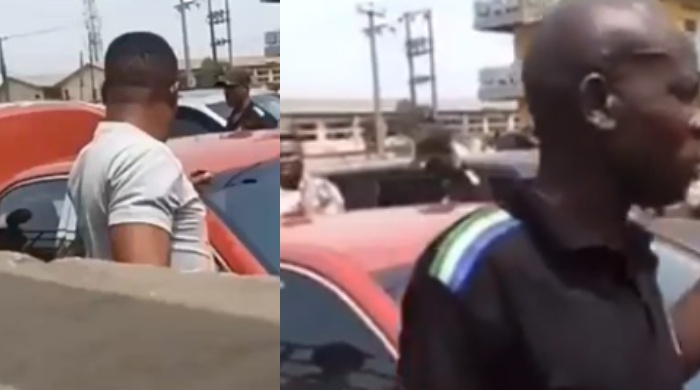 Eye witnesses at Mile12 area of Lagos state have narrated how a girlfriend facilitated the freedom of her boyfriend after SARS officials attempted to plant weed in his car. The event was recorded and sent to social media user by the eyewitness.

The original poster reported that the girlfriend captured the corrupt SARS officers as they allegedly planted the weed in her boyfriends vehicle.

These happened at Mile 12.These SARS officials stopped the guy and his girlfriend in green labeling him a yahoo boy. The girlfriend saw and recorded when they dropped weed inside the guy’s car.

They seized her phone and removed the weed when they saw people gathering and making videos. The SARS officials ran away when area boys got involved.