EFCC Reveals Mompha has N18billion in an Account Linked to Him 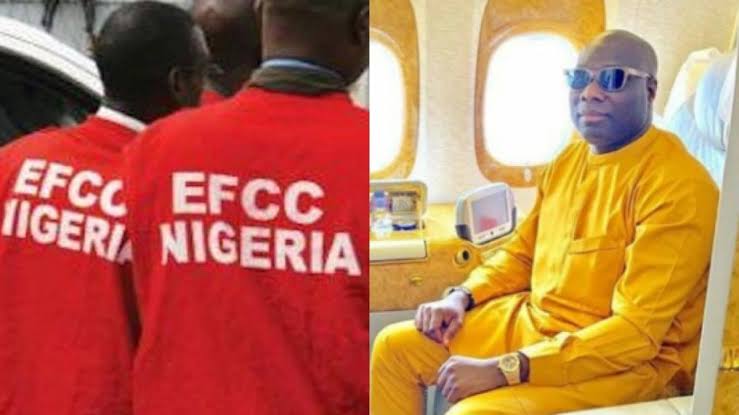 The Economic and Financial Crimes Commission has said it found an aggregate of N18.05bn in a business account linked to Ismaila Mustapha, alias Mompha.

This was revealed in the details of the 14 counts of fraud files against the Internet celebrity before the Federal High Court in Lagos.

In a copy of the charge sheet sighted by our correspondent on Friday, Mompha, among other things, was accused of procuring Ismalob Global Investment Limited to retain in its bank account an aggregate of N18.05bn.

The EFCC said he ought to have reasonably known that the money formed part of proceeds of unlawful act, to wit: fraud.

The anti-graft agency said Mompha acted contrary to sections 18(c) and 15(2)(d) of the Money Laundering (Prohibition) Act 2011 and he was liable to be punished under Section 15(3) of the same Act.

It was learnt that Mompha will be arraigned before the Federal High Court in Ikoyi on Monday.

Meanwhile, Mompha, has instituted a fundamental rights enforcement suit before a High Court of Lagos State, against EFCC for his continued detention.

Mompha is asking the court to declare that his lingering detention since October 22 on the orders of the Lagos State Magistrate Court which order expired on November 4 is unlawful and constitutes a gross violation of his right to personal liberty.

Mompha, in the suit filed by his lawyers, that include: Mr Gboyega Oyewole (SAN), Ademola Adefolaju, Kolawole Salami and four others, is demanding the sum of N5 million as damages from the EFCC. He is also seeking a court order directing the EFCC to release him unconditionally forthwith from its custody.