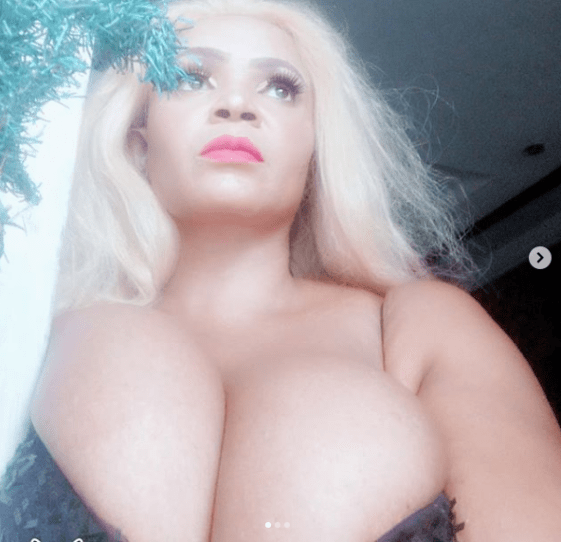 Cossy, who has since taken to social media to introduce her pet to her fans in a new month post also revealed that she has named the pet adding that is name is ‘tiku’ before asking if she should just call him Atiku.

Happy new month sweets…. Named him tiku….or should i call him atiku…….

A few weeks ago, the curvy actress took to her IG page to cal out Silverbird TV for the bad way she was traeed at their award show.

According to her, no one is forcing anyone to have an award show as having one means organisers have to cater to the needs of their guest.

Cossy revealed that she was not given anything to eat at the event and that ony popcorn was given to her friend after so much time had gone.

“It is not by force to do award oooo…. If u can’t afford to do buffer save up @silverbirdtv ur ogar is a senator abi house of rep member… Well uber money was spent to get the VIP ticket to me.. Then I bought fuel for my car all that is enough to buy me a decent dinner… Well my first time going to silverbird man of the year awards. I tot it’s gonna be like vanguard and sun awards lovely buffet… But nope… Just popcorn was given to my girlfriend after plenty Shakara…. As if we came to watch movie…. It is super duper annoying….. If am not getting paid to attend events.. Then make sure ur giving me enough to eat and drink.. If not don’t bleeping invite me… My house is comfortable… I have solar… I can stay home..use my fuel money to cook turkey and watch movie . Silverbird ….u guys suck. Mychewwwww’