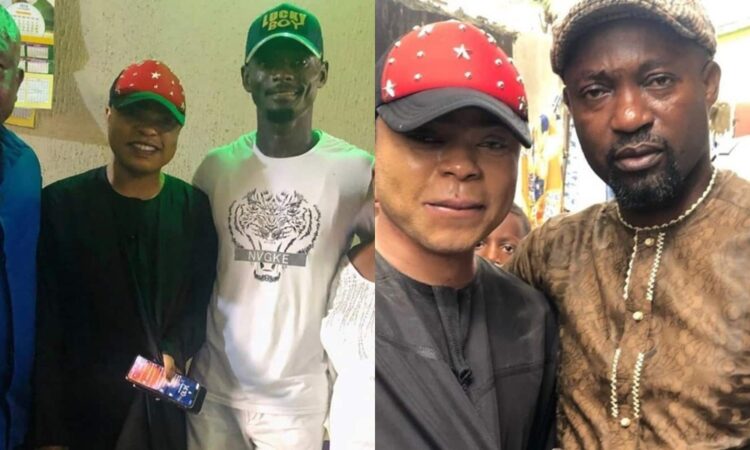 Photos from the birthday party of popular crossdresser, Bobrisky‘s father have surfaced online. The self-acclaimed Nigerian male Barbie, ditched his cross dressing way of life to celebrate his father, as he stormed the party in male attire – a black regalia and a face cap.

Bobrisky had on Monday, taken to his official page on Instagram, to celebrate his dear father who just clocked a new age. As is his usual wont, the IG celeb showed off the huge birthday cake which was specially made for his dad.

In a different video post, he was captured in his white Range Rover ride arriving at his dad’s residence alongside a party surprise crew.

See more photos from the birthday bash below,