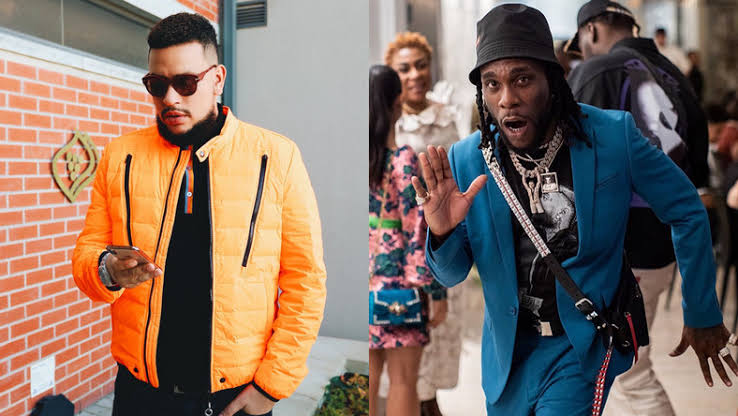 On the 14th of Novenmber, South African rapper, AKA sent a message to Burna Boy, demading Burna’s apology for the things he said when they had a fallout during Xenophobic attack against Nigerians. Burna Boy has now responded to AKA. He reminded AKA that he was a victim of xenophobic attack by South Africans against foreigners, in 2015. Burna Boy stared clearly that he will not apologize to AKA or anyone over his previous statement.

saying I mislead people? And I made up the Xenophobic attacks and I should apologise. Really? Lol. In 2015 Even I was a victim of the misguided hate so I know. Go and demand apologies from your REAL Enemies. I am not your Enemy. I will not be called “foreigner” I am AFRICAN.

please my people, there should never be a South Africa vs Nigeria war or any African country vs African country war Ever. we must unite by any means for the future of our children n their children. I want a united African passport that will be as powerful as the passport. 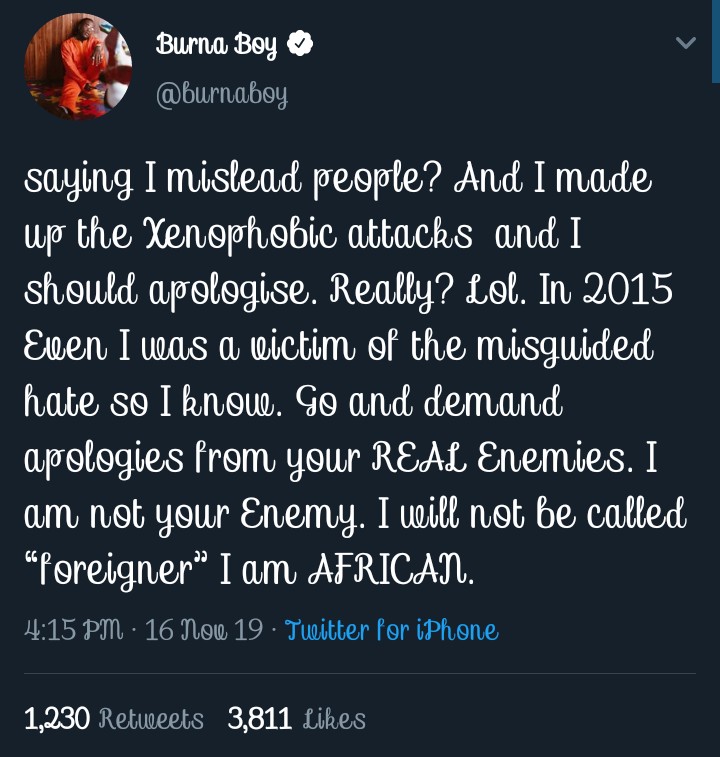