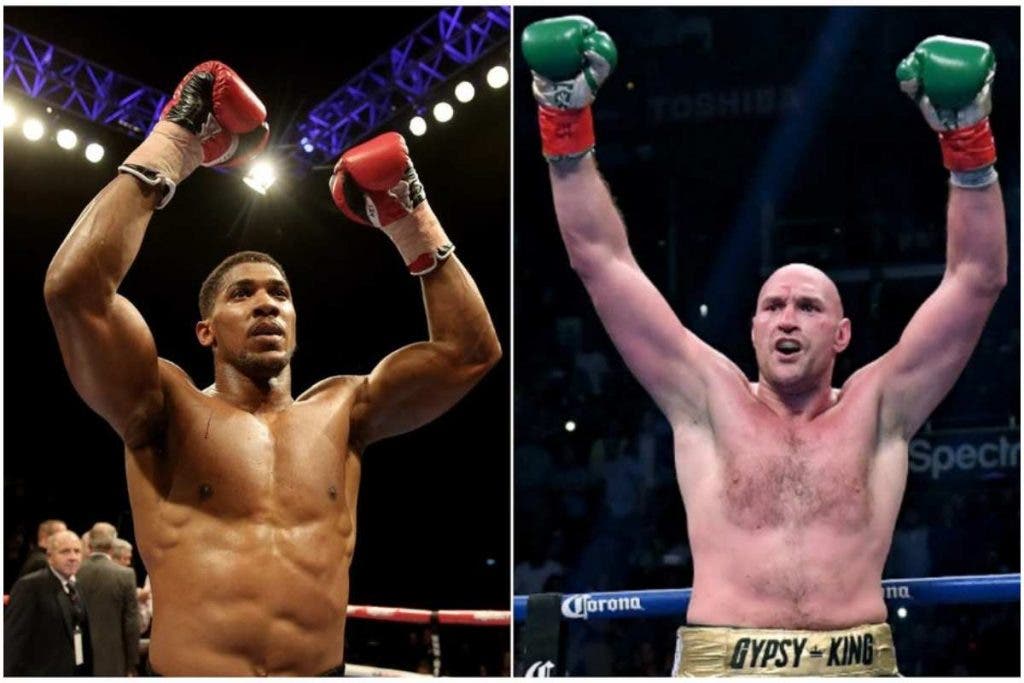 Two blockbuster boxing fights are on the way, as heavyweights, Anthony Joshua and Tyson Fury have agreed to face each other,

Since Fury knocked out Wilder not quite long, Joshua’s promoter Eddie Hearn, as been trying to get the Brits to face each other.

He seems to have gotten his wish.

According to Eddie Hearn, terms are already in place for the British world heavyweight champions to go head to head.

Though no contracts have been signed, Hearn expects WBA, IBF and WBO belt holder Joshua to face WBC champion Fury to determine the undisputed king of the heavyweight scene in 2021.

“We’re making great progress. There is still a lot to overcome. We are looking at venues and dates.”

“We’re in a good place,” he added. “It’s fair to say that, in principle, both guys have agreed to that fight. Two fights.

“(There’s) a lot to overcome in the meantime. We’re moving in the right direction. I’m confident that both guys have given their blessings for the fight to go ahead.”

Hearn said the first bout could happen in the summer of 2021.

Joshua is due to fight Bulgarian Kubrat Pulev next, while Fury has a rematch due with American Deontay Wilder.

Joshua, 30, is still on course to face Pulev despite injuring his knee during a recent training run.

He was seen with a knee brace and crutches during a Black Lives Matter protest at the weekend.