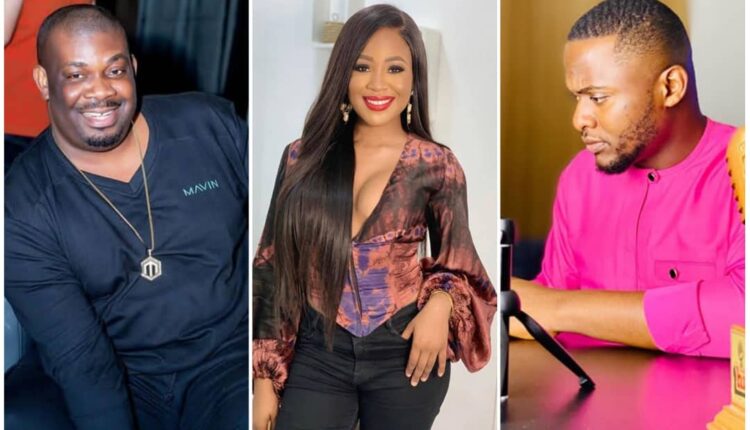 Popular music executive, Ubi Franklin has taken to social media to voice out his frustration after Don Jazzy revealed how much he loves Erica.

Erica who is currently one of the housemates at the Big Brother Naija ‘Lockdown’ show has been trending on social media ever since she was caught in steamy session with Kiddwaya.

However, Don Jazzy showed his support by stating that he loves her smile, a move that was not too pleasing to Ubi Franklin.

Ubi Franklin revealed how pained he is with Don Jazzy’s comment as he advise him not to come to his neighborhood.

He also added that Kiddwaya will face his wrath after his adventure at the Big Brother Naija Show.

@donjazzy Make I no see you for street o, you no go enter Mainland. Which kind baby boo @ericanlewedim wey I pick come get many entanglements. Me Dey fight @kiddwaya and I come see this tweet from @donjazzy again. I am in pains now, I need someone to console me 😂😂😂😂😂😂